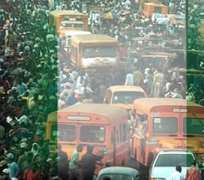 “Coke and Sprite aren’t the only reasons that more than half of New Yorkers are overweight or obese”.

There is an interesting discussion around initiatives to protect and improve the health of residents of New York City that is instructive for us in Nigeria. Indeed, the entire three-term tenure of Mayor Michael Bloomberg has been dotted with his desire to use restrictive policies to address health concerns – sometimes earning him the ire of many who say they do not want to live in a ‘nanny state’.

The latest policy he is trying to implement to protect overweight New Yorkers and those arguably in danger of becoming overweight is to cap the size of soft drink offers. Bloomberg wants to ensure that the 32-ounce size helping becomes illegal and peg offerings at 16 ounces but so far a judge has ruled that the City’sBoard of Health is not empowered to limit or ban otherwise legal items in order to control chronic diseases.

In a country like Nigeria struggling to deal with a crippled health care system and trying to make the necessary investments to improve health care delivery, it is anyone’s guess how long it will be before health care policy advisers decide to turn to thealleged ‘source’ of illnesses the way certain other countries are doing. Are manufacturers of soft drinks, fast food, and alcohol about to feel increased pressure from regulation similar to the way tobacco does?

There are many reasons why international and localmanufacturers of alcoholic beverages such as Guinness and Nigerian Breweries, and soft drink manufacturers such as the Nigerian Bottling Company should be nervous. But our Mr. Biggs, Tantalizers et al must not feel too safe either as McDonalds – the subject of many documentaries has also been the target of lawsuits by dedicated consumers. There are many ramifications to the development of regulation and legal jurisprudence around consumer goods which at this stage can only be said to ‘contribute’ to health. The trend around the world makes it important for policy experts in Nigeria and the corporations to start analyzing the implications carefully. For instance, as the New York court has raised in striking out the plans of Mayor Bloomberg to ban super-size soft drink offerings in New York City – is this type of policy regulation the role of the Executive or the Legislator?

Which government arm should be responsible for this type of regulation? The same question would apply in Nigeria and the outcome would depend on the independence of the judiciary and the arguments made on each side. Laws can emanate from the Executive but it must be considered and passed into law by the Legislature. Executives can make regulation to implement law or policy and so the question in Nigeria, in such a case would hinge on how wide existing laws are to provide the Executive with the powers to for example ban the sale of fastfood around schools. It is not an accident that if you visit most of the premier universities in the United States, you will find it near impossible to find a Burger King, McDonald or Kentucky Fried Chicken. The schools probably do not have anything in writing but just have enough hold on the real estate within and around the school to prevent such franchises from setting up shop.

Next comes the issue of liberty and personal responsibility. The arguments in the case of the ban of the super size cups are fierce on the issue of freedom of choice. One side claims that individuals have the right to make their own decisions and the state should not be allowed to tell them what to do. If a person wants to eat fast food everyday and subsequently becomes obese and vulnerable to heart disease and other related diseases, then it is thatperson’s choice. Others argue that consumers are being subliminally manipulated into buying and eating things which are not good for them and that they do not have the right information.

And finally comes the issue of investments, profit and revenue. Corporations are in business to makereturns on their investments and make money for shareholders and governments need to raise revenue to provide services. Where lies the balance between making policy which directly impacts on the profitability of a company’s operations and supporting businesses so that they can continue to pay taxes and create employment? It must be tricky and delicate to maintain and it is most unlikely that it happens when one side of the equation acts unilaterally.

In the final analysis the jury is still out on whether Mayor Bloomberg’s policies will actually make a difference to the eating habits of New Yorkers and ultimately to reducing the incidence of obesity. This, along with the other reasons above is instructive for those in Nigeria who make policy and who find themselves at the receiving end of policy – sometimes the means never delivers the desired ‘end’.