Sudanese President Bashir Departs Nigeria Amid Calls For His Arrest 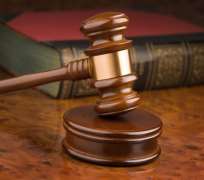 Sudanese President Omar Al-Bashir has left Nigeria after demands for his arrest on war crimes charges, an embassy spokesman said on Tuesday, although he denied the departure was due to the controversy.

“He has left. He left in the afternoon (on Monday),” Mohammed Moiz, spokesman for the Sudanese embassy in Nigeria, told AFP. He denied Bashir had left due to calls for his arrest, saying he had another engagement.

Bashir had been attending an African Union health summit which was due to end on Tuesday.

The embassy spokesman said Bashir, who had arrived on Sunday, returned to Khartoum, but gave no further details on the other engagement.

Nigeria’s presidency defended welcoming Bashir to the country for the summit scheduled for Monday and Tuesday despite war crimes charges against him, saying it cannot interfere in AU affairs.

The Hague-based International Criminal Court in 2009 and 2010 issued two warrants against Bashir for war crimes, crimes against humanity and genocide over the conflict in Sudan’s Darfur region.

Since Nigeria is a member of the ICC, it technically has a legal obligation to arrest suspects wanted by the court.

Some African Union members and officials have criticised the Bashir indictments, and the body has passed a resolution calling on members not to cooperate with the warrants.

Rights activists harshly criticised Bashir’s visit and said they were planning to go to court to try to force Nigeria to arrest him.