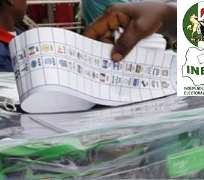 SAN FRANCISCO, July 03, (THEWILL) – The Independent National Electoral Commission (INEC) has been given the go-ahead to purchase 17,000 smart card readers for the sum of N459 million for the conduct of all future elections starting with the 2015 general election.

The Federal Government gave the go-ahead as the Federal Executive Council (FEC) approved the INEC proposal at its weekly meeting presided over by President Goodluck Jonathan on Wednesday.

Also at the meeting, FEC reviewed the performance of the Ministry of Youth Development for 2012.

Minister of Information, Mr Labaran Maku, who disclosed this in the company with the Minister of Youth Development, Abdulkadir Inuwa, told State House correspondents at the end of the meeting that FEC received a memo from INEC to begin the purchase of smart card readers that would verify the identity of voters for future elections.

Maku, who said the approval was for the first batch of such purchase, with two more batches to be proposed, disclosed that the card readers, expected to be made available within six months, are intended to stop the incident of double voting and ensure that those who vote are true Nigerians.

The Minister of Youth Development, Inuwa, in his presentation, said his ministry has offered an avenue for Nigerian youths to be self-reliant by creating a number of agro-business projects resulting in the training of about 700 youths in the agricultural sector.

Disclosing that the ministry had to introduce value orientation programme in 2012 to stem the tide of get-rich quick syndrome among the youths, the minister said the programme is intended to change the mind-set of the youths and enable them realise their full potential.

Inuwa said the ministry specifically worked with Gombe State Government to curb the activities of thugs called yan kalare in the state.

He said the ministry executed other programmes in other parts of the country, noting that “some of these were done in collaboration with the ECOWAS commission.”

According to the minister, “Over 100,000 youth corps members were trained in agricultural enterprises and in a number of cases, beneficiaries were given grants and kits."

He said 250,000 corps members were deployed last year out of which 247,000 participated in different programmes.

He said another 200,000 benefitted from the entrepreneurial programme while 100,000 participated in the agricultural scheme.”

He disclosed that the Federal Government was looking at making the National Youth Service Corps (NYSC) more robust and more relevant to the nation as the FEC re-affirmed its commitment to this.

He said though the ministry was facing some problems, particularly in posting of corps members for primary assignments, Abdulkadir pledged to look into this and overcome the problem, He expressed gratitude to the corps members for their contribution to national development, citing their participation as ad-hoc staff in the 2011 election as laudable.