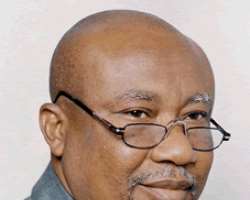 Jaja hints on 3-point agenda
Sunday, February 21 , 2010
http://www.nigerianbestforum.com/blog/wp-content/uploads/2010/02/jaja.gif Aspiring chairman of the Nigeria Premier League (NPL), Sam Sam Jaja, has listed a three-point agenda for his campaign and chairmanship of the football body.

Jaja, who addressed the press in Port Harcourt during last week, first said kind words about the Chief Oyuiki Obaseki-led team, which he said, took the Nigerian League from darkness into light. He, however, added that their time was up and the league needed a breath of fresh air.

Jaja's agenda for NPL are in the area of broadcasting, pitch improvement and training/development of league officials.

In broadcasting, Jaja said: “Our league needs adequate broadcasting. Showing two games a week on SuperSport is not enough. Only very few Nigerians have access to DSTV, so viewing of the league is still not meant for all.

“In broadcasting, I am talking about radio, which every man has at home or on his phone. That was what made our league and players household names in the '70s and early '80s and some players who we did not even know facially, we knew their names and could even describe how they played.

“Football is a media event and when the media is not carried along, it fails.

“We are going to dialogue with broadcasting houses and we may even have to change match times because of the competition from the English League. There is no need insisting on the 4 pm kick off when most Nigerians would want to sit at home and watch the English League, which is currently of a better standard than ours.”

On pitches, he said: “The issue of pitches is one that must be addressed. I know our pitches have improved a lot, especially since the Under-17 World Cup, which Nigeria hosted last year, but some stadia still have horrible pitches. Watching games on those pitches is an eyesore and no meaningful football can be played in such places.

“Rather than give clubs money every year, the NPL will improve their pitches so that every stadium in the Premier League will have a good pitch.” Training/development: “There would be frequent training and development programmes for our referees and coaches.

“A lot of attention would be given to training of coaches and referees to improve the standard and quality of the Nigerian League.”