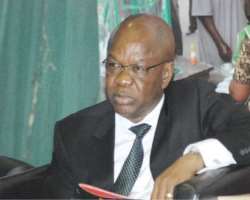 "We believe that the period will be more than enough for the commission to be able to go through post-election litigations.

"I want to state without mincing words that if we agree as a country to have the elections earlier, the commission will adjust accordingly. There is a danger for an elected president or governor to wait for six months in a country where there is massive lust for power.

"We may agree in principle to shift the date but a period of not more than 90 days and at most, 100 days, as against 280 days as suggested by some persons," Iwu was quoted to have said.

Certain Nigerian politicians have canvassed for an early election because of the illness of President Musa Yar'Adua.