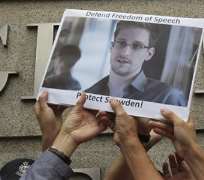 A former contractor for the U.S. National Security Agency, charged by the United States with espionage, was allowed to leave Hong Kong on Sunday, his final destination as yet unknown, because a U.S. extradition request did not comply with the law, the Hong Kong government said.

Edward Snowden left for Moscow on Sunday and his final destination may be Cuba, Ecuador, Iceland or Venezuela, according to various reports. The move is bound to infuriate Washington, wherever he ends up.

"It's a shocker," said Simon Young, a law professor with Hong Kong University. "I thought he was going to stay and fight it out. The U.S. government will be irate."

Russia's Interfax news agency quoted a source at the Aeroflot airline as saying there was a ticket in Snowden's name for a Moscow-Cuba flight. Itar-Tass news agency cited a source as saying Snowden would fly from Havana to Caracas, the Venezuelan capital.

A spokesman for Russian President Vladimir Putin said he was unaware of Snowden's whereabouts or travel plans.

The WikiLeaks anti-secrecy website said it helped Snowden find "political asylum in a democratic country". It did not elaborate, other than to say Snowden was "currently over Russian airspace" with WikiLeaks legal advisers.

The White House had no comment on the WikiLeaks posting.

WikiLeaks founder Julian Assange said last week he would not leave the sanctuary of the Ecuadorean Embassy in London even if Sweden stopped pursuing sexual assault claims against him because he feared arrest on the orders of the United States.

The United States had asked Hong Kong, a special administrative region (SAR) of China, to send him home.

"The U.S. government earlier on made a request to the HKSAR government for the issue of a provisional warrant of arrest against Mr Snowden," the Hong Kong government said in a statement.

It did not say what further information it needed.
CHINA SAYS U.S. "BIGGEST VILLAIN"
Hong Kong, a former British colony, reverted to Chinese rule in 1997 and although it retains an independent legal system, and its own extradition laws, Beijing has control over Hong Kong's foreign affairs. Some observers see Beijing's hand in Snowden's sudden departure.

Putin's spokesman, Dmitry Peskov, said earlier this month that Russia would consider granting Snowden asylum if he were to ask for it and pro-Kremlin lawmakers supported the idea, but there has been no indication he has done so.

Iceland refused on Friday to say whether it would grant asylum to Snowden, a former employee of contractor Booz Allen Hamilton who worked at an NSA facility in Hawaii.

Documents previously leaked by Snowden revealed that the NSA has access to vast amounts of internet data such as emails, chat rooms and video from large companies, including Facebook and Google, under a government program known as Prism.

The Hong Kong government statement said it had written to the United States "requesting clarification" of earlier reports about the hacking of computer systems in Hong Kong by U.S. government agencies.

"The HKSAR Government will continue to follow up on the matter, so as to protect the legal rights of the people of Hong Kong," it said.

China's Xinhua news agency, referring to Snowden's accusations about the hacking of Chinese targets, said they were "clearly troubling signs".

It added: "They demonstrate that the United States, which has long been trying to play innocent as a victim of cyber attacks, has turned out to be the biggest villain in our age."