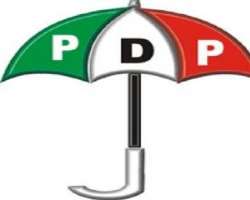 "The resolution by the National Assembly empowering Dr. Goodluck Jonathan to function as the Acting President is consistent and in line with the position of the party that the Presidency is one.

"In any case, all the decisions taken on this issue were carried out in full consultation with the leadership of the party using the existing communication channels. While we continue in our prayer for the speedy recovery of President Umaru Musa Yar'Adua, we wish to express our maximum support for the Acting President, Dr. Goodluck Jonathan.

"In order to clear all doubts in the minds of our teeming members and supporters and indeed all Nigerians, we wish to restate that despite the fruitless efforts of a few to foist an imaginary division within the Presidency, the National Assembly and even within our great party, we shall remain resolute in our decision that there is only one Presidency in Nigeria.

"We also wish to state unequivocally that we as members of the National Working Committee (NWC) are proud of our role in the steps taken by the National Assembly, the Governors Forum, eminent Elders and all well meaning Nigerians in diffusing the political tension that existed in our country recently.

"For avoidance of all doubt, the current leadership of the PDP has piloted the affairs of the party based on the rule of law and transparency. This has promoted internal democracy in all party matters. We wish to put on record that the leadership has faithfully implemented the report of Dr. Alex Ekwueme Reconciliation Committee and is making enormous progress with the subsequent Sen. Ike Nwachukwu led Reconciliation Committee. These have once more opened the gate of the Party to former estranged members and new members who are now rejoining and joining the Party in their droves.

"We are however aware that as electioneering activities in the build-up to the 2011 elections draw near, many shadowy groups will begin to emerge to draw attention to themselves in order to gain undue advantage over the loyal members of the party," the statement added.