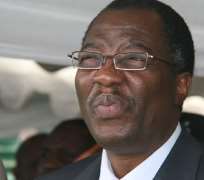 
The Court of Appeal sitting in Ibadan, on Thursday adjourned hearing on the motion filed by Gbenga Daniel, a former governor of Ogun, to October 9.

The News Agency of Nigeria (NAN) reports that the adjournment was on the grounds of the judges not being able to form a quorum.

With Daniel and his supporters already seated, a court clerk announced at about 10. 15a.m. that the court would no longer sit.

The clerk informed the court that the presiding judge was on her way to Lagos to deliver a judgment, and that the two other judges could not form a quorum.

Speaking with NAN, Prof. Taiwo Osipitan, counsel to Daniel, expressed his disappointment, especially since this was the second time that the court would not be sitting.

'I understand that the justices of the Court of Appeal are otherwise engaged in some special assignments in Lagos. We are still hopeful that next time, the court will sit.

'Nevertheless, I am not too happy because I had to leave Lagos with two others to come here.

'If they had told us that they would not be sitting, we would have stayed behind in Lagos and attend to other things and clients.

'However, this is just part of the hazards of the profession,' he said.
NAN recalls that the court could also not sit on April 11 as the inability of the judges to form a quorum necessitated an adjournment.

Daniel is seeking to appeal the dismissal of his application to quash some of the charges against him before Justice Olarenwaju Mabekoje of the High Court, Abeokuta.

Mabekoje had earlier ruled that Daniel had a case to answer.

Daniel is facing a trial instituted by the Economic and Financial Crimes Commission (EFCC) on a 38-count charge of financial misappropriation and conversion of state land to personal use.