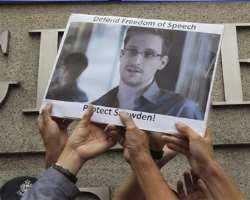 China refused to be drawn on Thursday on revelations of U.S. electronic surveillance and on the American in Hong Kong who leaked the information, and a senior source said Beijing does not want to jeopardize recently improved ties with Washington.

China has been on a long holiday since National Security Agency (NSA) contractor Edward Snowden told Britain's Guardian newspaper and the Washington Post last week of the agency's programs to monitor data at big companies such as Google Inc and Facebook Inc.

He told Hong Kong's South China Morning Post newspaper on Wednesday that the U.S. government had been hacking into Hong Kong and mainland Chinese computers for years.

"We have seen the relevant reports, but I regret that I have no information to give you on this," Foreign Ministry spokeswoman Hua Chunying told a regular news briefing, in China's first official response to questions about the case.

"China will not take a clear-cut stand now," said a source with ties to China's leadership, noting that the presidents of the two nations held a successful summit less than a week ago.

"China will not become involved at this stage and will wait for things to develop," the source told Reuters, requesting anonymity to avoid political repercussions for speaking to a foreign reporter.

Hua, the spokeswoman, also refused comment on any possible extradition request from the United States or any move by Snowden to seek asylum in Hong Kong, which has a large degree of autonomy but answers to Beijing on diplomatic matters.

Cyber security is a major irritant between China and the United States and was one of the main topics on the agenda at the first summit between President Xi Jinping and President Barack Obama, held last week.

Hua did not directly comment on the allegations, repeating China's long-held position that it is one of the world's biggest victims of hacking and noted that Washington and Beijing had agreed to discuss the issue.

However, she added: "On the issue of internet security we believe that having double standards does not help find an appropriate resolution."

Jia Qingguo, a China-U.S. expert at Peking University's School of International Studies, who has advised the government on diplomatic issues, said Beijing did not want to rock the boat so soon after what it viewed as a successful summit.

"Beijing hopes to keep the momentum going rather than let this issue undermine the cooperation or forthcoming cooperation," said Jia.

"I don't think Beijing would want to use this issue to demonize the United States or jeopardize the relationship. Chinese diplomats will probably work with U.S. diplomats on how to handle this in a pragmatic way."

EXTRADITION OR ASYLUM?
Snowden left Hawaii, where he had been working at an NSA facility, on May 20 and flew to Hong Kong, a former British colony with an extradition agreement with the United States that has been exercised on numerous occasions.

So far Snowden has not been charged and the United States has not filed for his extradition, although the U.S. Justice Department is in the initial stages of a criminal investigation, officials in Washington have said.

If Washington asks for his extradition, it will be decided in Hong Kong courts, although Beijing, which has ultimate authority over the territory, may decide to get involved due to its sensitive nature.

"My intention is to ask the courts and people of Hong Kong to decide my fate," Snowden said in the interview with the South China Morning Post.

"I have had many opportunities to flee Hong Kong, but I would rather stay and fight the United States government in the courts, because I have faith in Hong Kong's rule of law."

Xu Chongde, an influential though now retired law professor who was on the committee which helped draft Hong Kong's "Basic Law" that governs the territory's relations with Beijing, said Snowden's case would ultimately be decided by mainland China.

"This is not about 'two systems'. Diplomacy is run by the centre," he told Reuters, referring to Hong Kong's "one country, two systems" model which frames its autonomy from Beijing.

The controversy over the programs has renewed the debate about the balance between privacy rights and security concerns in the United States in the aftermath of the September 11, 2001, attacks.

Snowden told the South China Morning Post that the NSA had been hacking computers in Hong Kong and mainland China since 2009. Among those institutions hacked, he said, was the Chinese University of Hong Kong, which houses the Hong Kong Internet Exchange, a facility that handles nearly all the territory's domestic web traffic.

Snowden did not mention the exchange, but his comments have raised concerns that it may have been one of the NSA's targets.