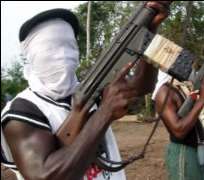 SAN FRANCISCO, June 04, (THEWILL) – A ranking member of the Sokoto State House of Assembly, Honourable Murtala Wauru, has been killed by yet to be identified gunmen.

The lawmaker, who represented Gada West State Constituency, was killed on Monday night in the Mabera District of Sokoto, as he made his way to his residence after attending a political meeting.

Until his death, Wauru was Chairman of the Sokoto State House of Assembly Committee on Finance and Appropriation.

Confirming his assassination to the News Agency of Nigeria (NAN), Sokoto Police Spokesman, Mr. Al-Mustapha Sani, said the gunmen took Wauru’s car after they killed him.

He said the police would track down the gunmen.

Honourable Wauru has been buried at Wauru village, according to Islamic tradition.