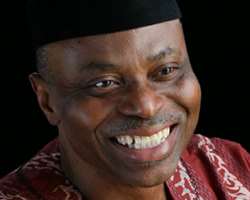 SAN FRANCISCO, May 24, (THEWILL) – The Supreme Court on Friday upheld the election which returned the Ondo State governor, Olusegun Mimiko, of the Labour Party (LP) for a second time in office as it threw out the appeal filed by the People's Democratic Party's candidate, Chief Olusola Oke, challenging the outcome of the election.

In a unanimous judgment, the apex court not only held that the appeal was without merit, it also upheld the earlier decisions of the election petition tribunal and the Court of Appeal which sat in Akure, the state capital.

Delivering the lead judgement, Justice Ibrahim Tanko Muhammad, ruled that Oke's motion was contrary to the provision of Paragraph 14(2)(a) and (b) of the First Schedule to the Electoral Act 2010.

The presiding judge held that the provision of Paragraph 14(2)(a) and (b) of the First Schedule to the Electoral Act 2010 prohibited an election tribunal from allowing any form of amendment after the expiration of the period within which to present an election petition.

"This is irrespective of the mode the petitioners/applicants approached the court: whether for extension of time to do an act or for an amendment to the petition.

"The refusal of the application by the two courts (tribunal and Appeal Court) is justified.

"Perhaps the only thing I may add is that the application placed before the tribunal was, I think an after-thought. It was orchestrated certainly, with a view to over-reach.

"If there was an evidence which was fundamental to the determination of the petition, that evidence ought to have been placed willy-nilly before the tribunal within the time limit specified by the Electoral Act or any other Act

"That evidence ought to be regarded as the spinal cord of the petition. Even if it was being held by any person, there are several ways to go about placing same before the tribunal. The Evidence Act is clear on this.

"I am in total agreement with the concurrent decisions thereof, which I affirm. The appeal is hereby dismissed as it lacks merit," Justice Muhammad held.

The Supreme Court court also turned down the cross-appeal filed by Mimiko, saying it was unnecessary.

According to Justice Muhammad, "The consideration of this cross-appeal will, in my view, become academic, cosmetic and of no utilitarian value or benefit as its aim has already been met by the earlier decisions of the trial court and the court below."

It would be recalled that Oke had applied to the election petition tribunal sitting in Akure to be allowed to include additional evidence in his claims that the election was flawed. In his motion dated January 16 , Oke argued that the evidence he had from the Independent National Electoral Commission (INEC) were not in his custody when he filed the initial petition.

He also argued that the evidence would enable the tribunal reach a fair and just decision in the case.

But in a ruling on February 4, the tribunal refused the application on the ground that it sought to amend the substantive petition and introduce fresh facts.

The Court of Appeal, Akure, to which Oke later appealed, also upheld the decision of the tribunal, saying "any amendment to the petition would, in the circumstance, be substantial as to overreach the respondent."