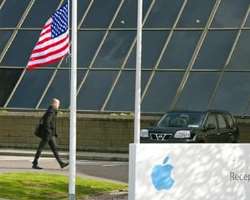 Europe's top regulatory official is seeking to force large companies to disclose how much tax they pay in each country where they operate, a measure some politicians say could curb tax avoidance.

Michel Barnier, the European commissioner in charge of drafting business regulation, said in a speech in Amsterdam that rules which will force banks to report their profits, taxes and subsidies by country from 2015 should be extended to cover other companies.

"We will expand these reporting obligations to large companies and groups," he said on Thursday.

Corporate tax avoidance has become a big international political issue over the last year and was given new impetus this week by a U.S. Senate report into Apple Inc.

The report said Apple, a multinational business, paid little or no tax on tens of billions of dollars in profits channeled through Irish subsidiaries that were tax resident in no country.

The extent to which Apple had avoided taxes had not been made public because companies do not have to report revenues, profits or taxes on a national basis.

Apple said it pays all the tax due in every country where it operates.

Tax campaigners, who have been emboldened by public anger at media reports of widespread corporate tax avoidance at a time of austerity, say naming and shaming low tax payers will deter avoidance.

U.S. coffee chain Starbucks agreed to pay an additional 20 million pounds in UK tax last year, after a Reuters investigation showed it assured investors the country was a profitable market after telling tax authorities its operations there lost money.

It could be made law by simply amending the existing proposal on non-financial reporting, one European Union official said.

That would make it possible to introduce the rules by 2015, subject to negotiations between member states and the European Parliament to finalize any new legislation.

The EU agreed earlier this year to force European banks to report profit on a country-by-country basis as part of measures to ensure they hold enough capital.

The U.S. and EU have also agreed to force mining and oil companies to publish tax and other payments to resource-rich nations, to reduce corruption.

The Organisation for Economic Co-operation and Development (OECD), an international advisory body, has said the practice of companies shifting profits out of countries where they are earned into tax havens was growing.

The G20 group of leading economies has asked the OECD to consider proposals to tackle the problem and the think tank is due to issue a report in July.

Prime Minister David Cameron has said corporate tax avoidance will be discussed at the annual summit of the Group of Eight leading industrial economies, which Britain is hosting next month in Northern Ireland.

However, officials have downplayed the likelihood that firm measures will be put forward, since the meeting is in advance of the OECD planned report.

Britain has said it backs additional disclosure by companies about their tax affairs, on a voluntary basis.