Growth In Sight For Euro Zone Economy, But No Big Upturn: Poll 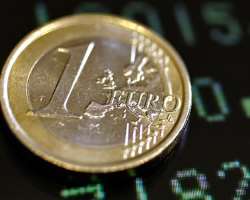 Growth will return to the euro zone's recession-mired economy in the second half of this year, but economists see no chance it will recover strongly until at least 2015, a Reuters poll showed on Tuesday.

The euro zone has been stuck in recession since the end of 2011 and data on Wednesday is expected to show the economy shrank again between January and March, by 0.1 percent.

However, the latest poll of 65 economists, taken this week, suggested that should be the end of its declining streak.

The economy is expected to stagnate in the current quarter, before eking out 0.2 percent growth for the next few quarters thereafter.

But with austerity and rising unemployment still taking its toll across the continent, few foresaw any prospect of growth picking up much before 2015 - especially with such deep divisions running between the euro zone's constituent countries.

However, austerity and tight credit conditions elsewhere will remain a drag.

"This is particularly true of the southern periphery euro zone countries, and we expected extended contraction in both Italy and Spain to weigh down appreciably on overall euro zone GDP in 2013," said Howard Archer, chief UK and European economist at IHS Global Insight.

For those reasons, speculation has persisted about what else the European Central Bank might do to spur growth after it cut its main rate to a new record low 0.5 percent this month.

Some policymakers have talked openly of cutting the deposit rate below its current level of zero percent, which would mean charging banks to hold money overnight at the ECB - in theory persuading them to lend it instead.

Still, a majority of economists and traders polled in the past week think such a move is unlikely.

Whatever action the ECB decides to take, high inflation will not prove to be an obstacle. Inflation should remain comfortably below the ECB's target ceiling of close to 2 percent until at least 2015, the poll showed.

Only five out of 40 economists thought inflation would exceed 2 percent in any quarter until the end of next year.