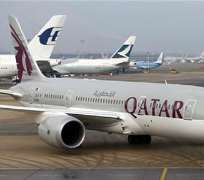 Qatar Airways had to forego $200 million in lost revenue up until April 2013 because of the grounding of Boeing's (BA.N) 787 planes, the airline's Chief Executive Akbar Al Baker said on Monday.

Qatar Airways has now returned the aircraft to service after a break of three months.