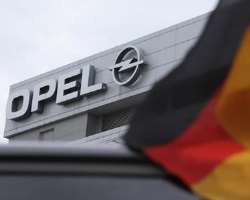 As part of a comprehensive turnaround plan, Opel will end production of Zafira MPVs at its 50-year old Bochum plant by the end of next year, a move that has triggered a rare and public split within union ranks following months of tough negotiations.

Opel said on Wednesday the plan had been approved by its supervisory board, which includes four senior General Motors (GM) executives, including Vice-Chairman Steve Girsky and finance chief Dan Ammann.

"Opel will fulfill its responsibilities and support the development agency 'Bochum Prospects 2022'. The goal of this initiative is to search for future solutions for the people in Bochum and the region," Opel said.

The plant closure is a key element in management's strategy to achieve profitability in 2015 at the earliest, after what will by then be 15 straight years of losses for GM in Europe.

Carmakers across Europe are cutting production to cope with plunging demand in an ailing economy. Data on Wednesday showed European car sales fell 10.3 percent in March.

Labor leaders in Bochum, a former coal mining town in the economically depressed Ruhr region of northwest Germany, believe colleagues at Opel's other three German plants were too willing to sacrifice Bochum in order to save their own factories.

Betting GM would not take the unusual and costly step of shifting production and tooling of the Zafira prior to 2017, the Bochum works council led opposition against a compromise deal that would have kept the plant running through the end of the model's life-cycle.

"General Motors said they were willing at most to keep 1,200 people on board, but nothing was set in stone. It never made any concrete binding offer to the workforce, so our entire staff would have had to hope they kept up their end of the bargain," Bochum works council head Rainer Einenkel, who also sits on the board of Opel, told Reuters.

Wednesday's boardroom decision will likely mean that the historic home plant of Opel in Ruesselsheim will profit from Bochum's demise as company sources say it is set to build the Zafira during the last two years of the model's life-cycle.

"If a decision is taken tomorrow to shift production of the Zafira to another German factory for 2015 and 2016, then I hope the workforce would refuse out of solidarity to Bochum," Einenkel said.

Sources at the company said no decision had yet been made on where the Zafira would be built during the two years.

The Opel board also appointed 55-year old Ulrich Schumacher as its new personnel chief, effective in May. The manager, who works at auto interior supplier Toyota Boshoku (3116.T), replaces Holger Kimmes, who is leaving the company.