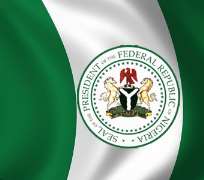 SAN FRANCISCO, April 03, (THEWILL) – For the second day running, the Presidency has described the alleged presidential directive to the Independent National Electoral Commission (INEC) on the registration of merged political parties as false, mischievous and subversive.

This is as the President Adviser on Media and Publicity, Dr. Reuben Abati, described the bromide of the alleged presidential directive published by a national newspaper as fake, saying it was intended to mislead the public, discredit the person and office of President Jonathan and cause disaffection within the polity.

According to the statement issued by Okupe: “The publication by LEADERSHIP NEWSPAPER of today 3rd April 2013 of an item purported to be a bromide of a presidential directive on a number of issues calls for concern among all stakeholders and citizens of this great country.

“We wish to state unequivocally that the document published in the newspaper alleging that the presidency has issued directives to frustrate merger of some political parties, hound opposition leaders and increase price of petroleum products is a forgery and an amateurish one for that matter.

“It is shameful that the LEADERSHIP newspaper will descend so low to publish an item which falls short of every standard official communication in form and content and attribute same to the highest office in the land.

“A close scrutiny of the bromide purportedly obtained from the presidency reveals that it is a forgery in view of the following facts:

“ Contrary to communication practice in the Presidency, the said “directive” does not contain a recipient whether an individual, group or officials.

“The unsigned document is riddled with serious grammatical errors that could definitely not have emanated from the office of the President of Nigeria.

“ The body of the document contains a number of inconsistencies and incongruities which every discerning person should be able to pick out. For example, items 5 and 6 in the 7- paragraph document does not contain any directive and are mere statements made by the dubious author.

“ It is therefore amazing that the entire Editorial board of the LEADERSHIP Newspaper cannot or deliberately failed to see these incongruities, libelous distortions and other evidence of falsehood which they have published as a directive from the Presidency.

“It is similarly embarrassing that the opposition political parties will jump at this cheap blackmail and try to incite members of the public based on a false, nonexistent document.

“This shows opposition political leaders as gullible, undiscerning and lacking in capacity for deep thinking.

“If people with dubious tactics and strategy are the caliber of people angling to govern Nigeria, then as a Nation we must intensify our prayers.

“We have said it before and will say it again that the coming together of any political parties or associations is of no concern to President Goodluck Jonathan and the leadership of these groups should stop running helter skelter when no one is chasing them neither should they seek for scape goats in the Presidency for their own self inflicted inadequacies.

“We wish to reiterate the need for journalists to uphold high ethical standards in reportage and commentaries. It is unfortunate that some media practitioners are taking the liberal democratic atmosphere in the country for granted through a deliberate abuse of press freedom and the publication of false and malicious news items with the intent of causing confusion and ill feelings among the citizenry. This is irresponsible, unprofessional and definitely subversive.”

Meanwhile, President Adviser on Media and Publicity, Dr. Reuben Abati, has described the bromide of the alleged presidential directive as fake, saying it was intended to mislead the public, discredit the person and office of President Jonathan and cause disaffection within the polity.

In a statement issued on Wednesday, Abati said: “It is worth pointing out, again, that what is being bandied around by a section of the media as a “Presidential Directive” on Tinubu, APC and other matters, is fictitious, designed to mislead the public, discredit the person and office of President Goodluck Jonathan and cause disaffection within the polity.

“Careful examination reveals a mishmash of deliberately arranged and concocted lies, presented to the public as evidence of a document emanating from the Presidency. This is not only dubious but raises concerns as to the length certain persons will go to perpetuate falsehood for the sake of their selfish ambitions.

Several interpretations of the purported Presidential directive appear to have been granted prominence by an all-too-negative segment of the media, supported by partisan political jobbers all on the premise of a suspicious-looking “bromide”.

“It is ironic that this is coming at a time, when the President is actively engaged in serious discussions with various interest groups on how to further deepen the democratic experience as well as the key issue of how to build an economically viable federation.

“Nigerians should be wary of such tactic of old, one that seeks to undermine a current administration by creatively espousing imaginary fault lines, with the aid of fake documents to create doubt, fear and disbelief in the minds of citizens and true patriots. We unequivocally state that in this case, as in others that may follow the same path, the Goodluck Jonathan administration has no desire to create any inhibitions to the expression of democratic ideas in the country.

“With regards to the imaginary ‘Presidential directive’ released to hoodwink the general public, the government is confident that the discerning public is well aware that this purported document is alien to how things are done within this Presidency.

“The physical quality of the unsigned document published today in the Leadership Newspaper, with jagged and irregular edges (which make a mockery of both presidential correspondences and the quality of attention paid to sensitive issues and development-oriented policies of Government) should signpost the level of desperation by those who seek to mislead the enlightened electorate of the Federal Republic.

“The publication of this spurious document (which was to all intents and purposes hurriedly put together in a roadside business centre!) and the passing-off of same by some media entities should serve as an index on their credibility and sovereign interest. This government believes that the media – print and electronic – has a significant role to play in educating, enlightening and empowering the populace and will continue to support all organizations to do this even as it retains the discretion and responsibility to expose specific institutions that perpetuate falsehood on the sovereign.

“The President remains committed to providing good governance to the nation, even in the face of the most uncharitable criticism by people desirous of a chaotic environment for them to thrive. This, we accept as part of a civil engagement between elected officials and the citizenry.

“The public and our esteemed crop of journalists are humbly requested to be wary of lurking mischief makers who parade themselves under different garbs and push forth information that should best be ignored, or clarified in the best tradition of the journalism profession.

“We reaffirm that the so-called “Bromide of the presidential directive” is false and inconsistent with the governance ethos of the present administration.”