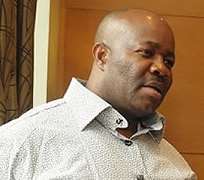 SAN FRANCISCO, March 23, (THEWILL) – The Peoples Democratic Party (PDP) Saturday said it has uncovered a grand plot by the opposition to use the media to cause disunity in the PDP Governors' Forum as well as discredit the Chairman of the Forum, Governor Godswill Akpabio and bring him to public disrepute.

“Our investigations revealed that the opposition, in their desperation to deceive Nigerians, have recruited political mercenaries who are heavily paid as hatchet men to fabricate and plant spurious and malicious reports in the media to stigmatize Akpabio and the PDP and taint them before Nigerians.

“These spin doctors have continued to portray Akpabio's genuine benevolence and kind heartedness in bad light, all in a desperate attempt to disparage him and cause a division in the PDP Governors' Forum.

For the avoidance of doubt, all the governors of the PDP are united and their is no division in the PDP Governor' Forum,” the party said in a statement.

Part of the statement reads, “Also, the leadership of the PDP completely identifies with Governor Akpabio and his landmark developmental projects with which he has brought uncommon transformation to Akwa-Ibom state.

The landmark achievements of Governor Akpabio stand out for all to see. His success in transforming Akwa Ibom from the obscure geographical area in the country and placing it on the world map is phenomenal and unprecedented.

“Akpabio has been widely acknowledged for delivering on his electoral promises with optimal transparency, a development which has aroused deep jealousy in the masterminds of the orchestrated merger, whose governors have nothing to show.

“It is only a group with selfish interests like the opposition that will see anything wrong in Akpabio's continuous gesture in helping the less privileged and the needy.

“Also there is nothing wrong in Governor Akpabio helping in mobilizing PDP members who came for the party's South South zonal rally. The N1 million Akpabio donated to each of the six state chapters of the PDP in the South South was not for an individual but to provide welfare for over 500 delegates from each of the chapters, who travelled all the way to Port Harcourt, River State capital for the rally. â€¨â€¨

“Every single donation by Akpabio has been on issues, extolling the values of Akwa Ibom to care for humanity. However, in their desperation and traditional homage to deceit, propaganda and lies, the opposition has become completely blinded to the truth. â€¨â€¨

“Instead of taking a cue from Akpabio, the opposition chieftains have become lapdogs to their godfather to whom they channel resources meant for the development of their states.

“While Akpabio is using his resources for the benefit of the people, other Nigerians who have made themselves tin gods and emperors are busy appropriating state funds while converting the property of the state to personal belongings in their gullibility and blind quest for material acquisition.

“Nigerians know those who are brazenly looting their state resources. They know those who are milking their citizens with high taxes and extorting money from local government councils with which they acquire media business, airlines, sprawling estates and engage in unscrupulous spending in wasteful society parties including their birthdays. â€¨â€¨

“Nigerians are not deceived by the messianic posture of the opposition even with their much orchestrated merger. This is evident in the elections held since 2011, the most recent being the FCT council polls where the PDP won five out of the six area councils despite the alliance by the opposition.

“The opposition should stop chasing shadow as it is clear that Nigerians have since found out that they have nothing to offer.”