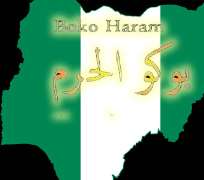 SAN FRANCISCO, March 07, (THEWILL) – The member representing Jos South-Jos East Federal Constituency in the House of Representatives, Hon. Bitrus Kaze, has condemned the recent calls for amnesty for Boko Haram members by the Sultan of Sokoto, Abubakar Saa’d III, and the Northern Governors Forum, saying the calls smack of ethno-religious and regional permutations.

Maintaining that the Federal Government has an obligation to enforce all international conventions on terrorism, the lawmaker said none of these conventions provides for amnesty to terrorists.

In a statement issued and signed, Thursday, Kaze said, “I join many Nigerians in totally condemning the calls on the Federal Government to grant amnesty to Boko Haram by the Sultan of Sokoto, Alhaji Sa’ad Abubakar III and the Northern Governors Forum.

“Coming at a time when security reports from terrorists’ training camps in Mali have established links between Boko Haram and Al Qaeda in the Islamic Maghreb, the advocacy for amnesty in favour of Boko Haram offends the Nigerian Terrorism (Prevention) Act, 2011 which provides for effective implementation of the several international Conventions on the Prevention, Financing and Combating of Terrorism to which Nigeria is a signatory.

“The constitution of the Federal Republic of Nigeria 1999 provides that the security and welfare of the people shall be the primary purpose of government. President Goodluck Jonathan has an obligation to enforce all international conventions on terrorism none of which provides for amnesty to terrorists.

“The Boko Haram Islamic fundamentalist themselves have never sought for amnesty, why should the Sultan and the Northern Governors Forum cry more than the bereaved? Jut last week, the Boko Haram leader , Shiek Shekau , himself claimed responsibility for perpetrating terrorism and staunchly denied any relationship with Sheikh Muhammad Ibn Abdulazeez who , while claiming to be his second in command, pronounced a ceasefire.

“ All this while, both the Sultan and the Northern Governors Forum have consistently maintained that Boko Haram and their sponsors are faceless, how come they are now advocating for amnesty for people they do not know?

Unsatisfied with the whooping N100m compensation paid to the family of the late Mohammed Yusuf alone, the Northern Governors Forum has recommended that the protracted court case against the suspected killers of the pioneer Boko Haram leader should be brought to a quick determination.

“That they made no mention whatsoever of the over 3,000 families across the nation whose’s kith and kin have been brutally murdered by Mohammed Yusuf’s disciples speaks volumes of their sense of justice.

“It is easier for the camel to pass through the eye of a needle than for anyone to extricate these weird calls for amnesty to Boko Haram from ethno-religious and regional permutations. Discerning minds now know better why the Boko Haram terrorism has continued to thrive with reckless impunity; they have mentors in very high places.”