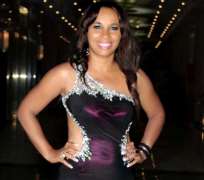 "By the time we clock 100 days in office, the health insurance and the pension scheme would have been in place. As I speak, I'm just waiting for the data to ascertain how many actors and actresses who are members of the AGN".

The above quote was Ibinabo Fiberesima's words when she was inaugurated as the first AGN female president at Rumours Club, Ikeja, Lagos, on Sunday, November 4, 2012.

On February 14, 2013, her tenure clocked 100 days. Our private investigation shows that though the health scheme has not yet been fully implemented, there is a big headway in the project. We also found out that much has been done by the present administration to accomplish the task.

Some of the actors contacted by Nollywoodgists.com told us that though the scheme seems slow, there is light after the tunnel. Most of them spoke to us under the condition of anonymity. They all agreed that the health scheme introduced by Ibinabo is a welcome idea for Nollywood.

When contacted to know why the promised made by her over 100 days ago has not yet been fully achieved, Ibinabo, in an exclusive chat with Nollywoodgists.com, highlighted the challenges being faced by her administration to have fully implemented the health scheme she promised during her inauguration in the presence of top Nollywood A-listers like Genevieve Nnaji and others present that day.

According to her, "we have sealed the HMO (Health Maintenance Organisation). Life Insurance is taking a bit of time because they (HMO) need our dates of birth. I also have started collecting database of actors in Nigeria."

Ibinabo also revealed that, "I try as much to stick to my promises. It's hard when people don't conform. You must understand that.

"I have been visiting veterans around the country to convince them why the health plan and insurance is paramount. We are getting there."

When confronted to know why members were not conforming to such scheme as she alleged, and responses so far, Ibinabo told Nollywoodgists.com that "we got different packages for different categories as it affects the actor.

"We also have free medical checks for our members as well. Not only veterans have the problem of lack of money and jobs. It's a general situation. Because producers use their 'own' people for jobs instead of AGN members."

You will recall that some veterans in the Nigerian movie industry have sometimes resorted the public to solicit for held for medical treatments.