[Nigerians Report] Nollywood Noisemakers and the Rest of Us 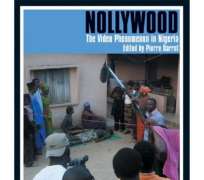 It was in the book Nollywood: The Video Phenomenon in Nigeria written by Monsieur Pierre Barrot that he called one of the top players in the contemporary Nigerian film industry a Nollywood Noisemaker. Of course M. Barrot knew what he was talking about when he made that derogatory jest, because he was the French Audio-visual Attaché in Nigeria where he was involved in the development of the local film industry and he could separate the sheep from the goats in Idumota and Onitsha.

Nollywood noisemakers are legion and they are well known for their street brawls over bragging rights for the titular positions in their various guilds and making home videos. Then they went over the moon when the UNESCO reported that Nigeria has overtaken Hollywood as the second largest film producer in the world after India's Bollywood. But the last French Audio-visual Attaché in Nigeria, Monsieur Robert Minangoy laughed at the report and waved it off in dismissal.

How can you compare 485 major films produced by the United States to Nollywood's 872 home videos? Moreover, the figures were based on a survey done by UNESCO Institute for Statistics (UIS) in 2006. Bollywood made 1,091 feature-length films in 2006 and if you know the stuff and the format of these Indian films, you would be an ignorant fool to compare them to the cheap home videos in Nollywood.

99% of Nollywood videos cannot be screened at any major film festival, cinema and on TV in America or Europe, because the quality is amateurish and Nollywood movie makers have pirated American and European songs and music in their home videos. In fact, it is common to hear complete tracks of Celine Dion or Beyonce Knowles in many Nollywood movies and they violated these copyrights with impunity.

Nollywood has crashed since the UNESCO report was published and the current statistics will send that report into the waste bin, because majority of the prolific Nollywood producers are broke and in fact, many of them complained of hunger on TV when they were protesting against piracy on the streets of Lagos. They were pointing accusing fingers at the famous Alaba International Market in Lagos where traders are duplicating copies of both Nigerian and foreign movies and hawking them on the streets like cheap peanuts..

Only the well-fed producers are still active and in fact, they are not making up to half of the 872 home videos recorded in 2006.

Nollywood noisemakers can even claim that Nigeria is the largest producer of home video movies in the world, but they must tackle the problem of the poor quality of their productions. If Nigerians want to celebrate a UNESCO Report on being the second largest producer of B movies in the world, they can do so shamelessly, but they are only celebrating their mediocrity and continue to be the laughing stock of Hollywood and Bollywood. It is ridiculous for Nigeria to boast of making over 872 movies annually, but not a single one has even qualified for screening at the Cannes Film Festival and most of them cannot make the box office in America!

How many Nollywood movies have been shown in cinemas?

What we should be proud of is quality and not quantity.

You must improve and perfect your craft and art, no matter the format of the

Media you are using.

Quality has no substitute.

Nollywood: The Video Phenomenon in Nigeria
Viewing African Cinema in the Twenty-First Century: Art Films and the Nollywood Video Revolution