The Dell Deal Is Done: Company Goes Private In $24.4B Transaction 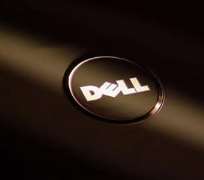 Private equity firm Silver Lake and Michael Dell are officially acquiring Dell, the world’s third-largest PC company, for $13.65 in cash in a deal worth about $24.4 billion.

Dell’s board unanimously approved a merger agreement under which Mr. Dell, the company founder and CEO, and Silver Lake have acquired the Round Rock, Texas-based company.

Mr. Dell, who owns about 14 percent of Dell’s shares, recused himself from discussions by a special committee of independent directors that was considering the deal, according to a statement e-mailed by Dell at about 6:30 a.m. PDT Tuesday morning. Financing includes a $2 billion loan from Microsoft.

According to Dell’s statement:
“A Special Committee was formed after Mr. Dell first approached DellâÂ€Â™s Board of Directors in August 2012 with an interest in taking the company private. Led by Lead Director Alex Mandl, the Special Committee retained independent financial and legal advisors J.P. Morgan and Debevoise & Plimpton LLP to advise the Special Committee with respect to its consideration of strategic alternatives, Mr. DellâÂ€Â™s proposal and the subsequent negotiation of the merger agreement.”

Reports that this deal was in the works surfaced more than a week ago, sparking questions about whether Dell could recover its mojo under a new arrangement. The company once led the world in PC sales and was a strong contender in servers. But in the past few year it, like other PC-and-server rivals, missed the boat in the shift to tablets and smartphones.

The fact that Microsoft’s participation comes in the form of a loan rather than an equity investment may be telling. Microsoft’s role in a new privately-held Dell has been the subject of much speculation. Dell has been a staunch Microsoft ally, preloading Windows and other Microsoft software on most of its gear.

But Microsoft, which also misplayed the tablet-and-smartphone transition, decided it would manufacture its own Surface devices, rattling its erstwhile hardware partners. Many of them, including Hewlett-Packard, Samsung, and Acer, now offer devices running Google’s Chrome OS, a Windows competitor. Skeptics think that a Microsoft with an ownership stake would have treated Dell as a captive audience for its software going forward. We’ll have to wait and see what input Microsoft, as a creditor, will have on Dell’s ability to play the field in software.