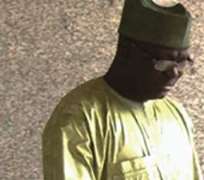 This is definitely the 8th wonder of the world and should go down in history as one of the worst judgement to be passed in Nigeria and the world as a whole.

How can a director of the Police Pension Office, Mr. John Yusuf steal N23billion that is meant for people who has worked all their lives and what he got was 2 years in jail or option of N750k bail? What do you expect him to do than to pay on the spot.

Imagine his lawyer (who was obviously doing his job) saying that the court should temper justice with mercy on his client who pleaded guilty of the theft (will he not plead guilty before) and that his client has forfeited 32 houses in Abuja and Gombe (how can a man be selfish and own those many house) which comprises of Among the properties are two units of a three-bedroom semi detached bungalows at R2, A and B, Sunny Homes, Dakwo District, Abuja; two units of three bedroom semi bungalow- detached at M24, A and B, Sunny homes, Dakwo District Abuja; four units of a 3bedroom semi- detached bungalows, in Abuja; eight units of an Estate of two-bedroom flats, at Gombe, GRA; one unit Semi-detached Duplex at house 21, 4th Avenue, Gwarinpa, Abuja; four units of a two bedroom semi – detached duplex at Bricks City, Kubwa Road, Abuja and one unit of Semi- Detached Duplex, at 14B Democracy Crescent, Gaduwa, Abuja.

His lawyer even wen on to say that his client also forfeited =N=323million found in Mr. John Yusuf's bank accounts.

The worst part and the most intriguing part of judgement was when Justice Abubakar Talba of an Abuja High Court sentenced him to 6 years jail term and gave him an option of fine in the sum of N750,000 for the three offences he pleaded guilty to.