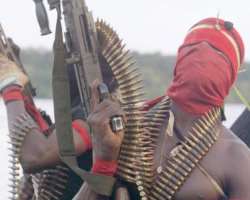 Rivers State police spokesperson, Ms. Rita Abbey announced their release on Monday in a text message which said: “All kidnapped victims-the three Britons and the Colombian-have been released this evening and are looking okay.”

No further details were given. We could not reach her for more information.

The kidnappers had made a ransom demand of N300 million naira.

THEWILL was not able to confirm if a ransom was paid for their release.