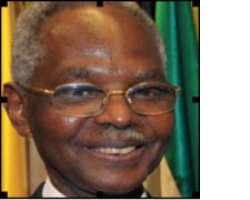 Nigeria's oil majors who have been suffocating under new directives by the Yar'adua government to boost the country's use of domestic gas or face possible revocation of their licenses can now heave a heavy sigh of relief, Huhuonline.com has learnt from World Bank sources in Washington DC.

The World Bank has thrown life line to the seven oil majors after it offered the Nigerian government a $400 million concessionary guarantee to cover its purchases of gas. As a result, the majors can now sell their gas to state-owned Power Holding Company of Nigeria (PHCN) without fearing it could default on its payments.

The first two beneficiaries of the guarantee will be RoyalDutch/Shell and Chevron, which are to sell $315 million worth of gas to PHCN. The remaining $85 million will serve to guarantee gas purchases from ExxonMobil, Agip, Pan Ocean, Total and Addax.

Until the World Bank came to the rescue to break the deadlock, the Nigerian government has been employing tough tactics to boost domestic use of Nigeria's gas. All liquefaction projects have been stalled for the past six months and the oil majors ordered to supply Nigerian power stations with gas, before exporting to foreign markets abroad.

Five Nigerian power stations currently run on gas: Lagos, Egbin, Afam at Port Harcourt, Geregu in Kogo and Sapele (Delta). The government will buy gas from the oil majors to supply them but the government has also announced an ambitious plan to build a network to collect associated gas in the Niger Delta, dubbed Gas Master Plan. Fifteen companies were pre-qualified in April to take part in the project.

In another development, ExxonMobil is seeking a second loan to finance development of its Satellite Fields project in Nigeria. In 2006, the major already raised USD 270 million from a consortium of seven banks for the program. Syndicated by Credit Suisse, the loan was the first to be contracted by a major to develop an asset in Nigeria.

The Nigerian constitution, which prevents local companies from using Nigeria's oil reserves as collateral for loans, bans the Nigerian National Petroleum Corporation (NNPC) from borrowing on international markets. Dependent on Parliament for its budget, the NNPC never has enough money to meet cash calls to pay for its share of development on fields in which it holds stakes. As a result, the majors must systematically lend it the money.

To minimize the impact of these loans on their balance sheets, all of the majors have been examining the possibility of borrowing the sums required from banks. Up to now, however, only ExxonMobil has actually done so.

New oil legislation drafted by minister Rilwanu Lukman, which was debated in Parliament calls for the roadblocks preventing NNPC from borrowing from banks to be lifted. But for other reasons, notably tax and profit-sharing provisions, the bill has become the source of much controversy and anger among oil companies and legislators, and there is great uncertainty whether it will be adopted.