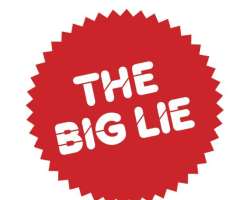 By 'Lola Adewoyin
Former Delta State Governor James Ibori has claimed that the Economic and Financial Crimes Commission (EFCC) cleared him in 2008 over the sale of Vmobile shares.

According to him, also cleared were former governors Victor Attah of Akwa Ibom and Bola Tinubu of Lagos States.

There had been reports in some Nigerian newspapers claiming that an arrest warrant had been issued in London against Ibori and his business associates.

According to the reports, the arrest warrant was in connection with $38 million Vmobile shares sale to Celtel.

Reacting to the development, Attorney-General of the Federation and Minister of Justice Michael Aondoakaa (SAN) had issued a statement clearing the former Delta State governor over the sale of the state's shares to Vmobile around 2007.

But in a statement yesterday by his Media Aide, Tony Eluemunor, Ibori said: “This happened when Mr. M.S. Hassan (Head of Legal, Lagos) wrote a legal opinion on that same case, CR NO 10357 07 and concluded in a document dated November 26, 2008 viz; 'I humbly recommend that based on my answers to the issue for determination, the ADFI money temporarily frozen from account can be released to them and also the charges that were filed at the High Court which was purely to prevent the account from being de-frozen by the court should be abated...' [Nuhu] Ribadu accepted this legal opinion and acted as advised.”

However, there appears to be some confusion about the date as Ribadu had ceased to be EFCC chairman by January 2008.

Ibori further said: “Apart from Ribadu's EFCC finding no reason whatsoever to continue with the case against the accused, in Ribadu's charge-and-detain-before-investigation style, the matter was already in court and the ADFI's account had been frozen before investigation ever began – as the Mr. Hassan's legal opinion quoted above testifies.

“Also, I want to state categorically that no one has actually been declared wanted by the London Metropolitan Police, just as there are no outstanding arrest warrants for anyone over this controversy. So a lot of claims have been hyped and sensationalised by Ribadu, who last weekend, in several newspapers, denied his role in trying to undermine Nigeria through false accusations against three former governors, especially James Onanefe Ibori, for nefarious reasons.

“For instance, Ribadu stated in several newspapers: 'I have nothing to do with the V-Mobile case or the case that is going on in the United Kingdom. There is a case involving Ibori and his associates...' Well, if Ribadu has started denying his involvement in the case, it is because he fully knows that there is no merit in the allegations as the Hassan's legal opinion of 2008, which Ribadu himself accepted and acted upon, proves. It is on record that ADFI did no other business in Nigeria apart from sale of the Akwa Ibom and Delta State shares before EFCC hounded it out, despite its keenness to re-invest in the country.

“It is the same transaction that the London Metropolitan Police have been interested in as was made manifest in UK's letter to the Attorney-General of the Federation (AGF) and EFCC's report of its investigations to the AGF also referenced 'Investigation Activities; Alleged Case of Conspiracy, Money Laundering, Abuse of Office and Official Corruption African Development Fund Inc. Account No.0140011552,'

“The same case was under reference when the AGF replied by sending to London a copy of the legal opinion written by the EFCC under Ribadu, clearing ADFI of any wrongdoing.

"Now Ribadu is denying his involvement in a case that was maliciously started by him, and that is still being pursued by him, just because it is becoming clear to Nigerians that only dirty politics and personal malfeasance would have made him to move against companies and individuals when no prima facia case had been established - as he did in this case.

“Moreover, he may be denying his role because it is now becoming clearer by the day that he has been denigrating the Federal Government of Nigeria for nefarious reasons. If not, he and his agents would not have involved the name of Mr. David Edevbie, Principal Secretary to the President, in a case where he was never involved at all as he did not even sign the agreement between Delta State and ADFI.

“As shown in a document of November 29, 2005, where Dr. Sam Okpokpor and Reginald Bayoko signed on behalf of the state. Ribadu deliberately involved Edevbie just to malign the government.”