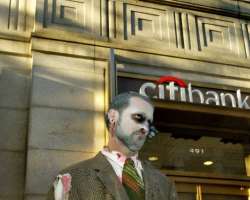 By Weneso Orogun
A Nigerian economist attempting to highlight the history of distress in banking may do well to begin by acknowledging his debt of gratitude to former United Nations Under-Secretary / Executive Secretary of Economic Commission for Africa, Professor Adebayo Adedeji , who expertly treated the subject 13 years ago at a forum organized by the Nigerian Society of International Law.

Incidentally, but not surprisingly, many of the prescriptions by the master are still relevant today.

The South Sea Bubble of 1720 is the best known episode of distress in banking. The South Sea Company, formed in England in 1711 to trade with Spanish America, was allowed in 1720 to assume responsibility for Britain's national debt in return for a guaranteed profit. This complicated arrangement ignited a speculative boom with unscrupulous financiers taking advantage of the public excitement about assured profits to form other companies with dubious intentions.

Many of the newly formed companies, some of which sought to extract gold from sea water, soon failed. Like the others, the South Sea Company also failed leaving thousands of shareholders to lick their wounds. This precipitated a financial catastrophe in London with matching disasters in Paris and Amsterdam.

Subsequent investigations revealed corruption among ministers, some of whom resigned and one committed suicide. Prime Minister Robert Walpole saved the situation by transferring the South Sea stock to the Bank of England and the East India Company. He also ensured the passage of a law severely restricting formation of joint stock companies. Although the South Sea Company was not a bank, the causes of the bubble and its implications have been repeated time and again in the world's financial and capital markets.

The collapse of Bank of Credit and Commerce International (BCCI) was tragic. The Financial Times of London described it as the most dramatic business story in years. It credited BCCI with the biggest fraud in banking history. Whole chunks of balance sheets were rotten. Many loans were fictitious and non-performing while bank managers plundered deposits to conceal huge losses.

According to Adedeji, the first bank failure in Nigeria occurred in 1930. Between that year and 1959 when Central Bank of Nigeria (CBN) came into existence, 21 banks failed. In 1954 alone, 16 banks failed in Nigeria. The Muslim Bank, the Lagos Bank and the Berini Bank failed in the 1960s. Nigeria was spared more bank failures until 1989 when failures became more frequent.

Causes of bank failures
Since the example of the South Sea Bubble of 1720, bank failures have always been associated with endogenous forces: lack of scruple, lack of knowledge and information, poor judgement, speculation, greed and barefaced fraud.

In Nigeria the bank failures of the Abacha era were attributed to inadequate capital base, fraudulent, self-serving and corrupt practices of the owners and managers, meddlesome interference of board members in the day to day running of the institutions and regulatory laxity. Other factors in bank distress are those over which individual banks have no control.

These include the domestic policy context and global financial developments.


The recent removal of chief executives and executive directors of five banks by CBN has been attributed to the need to save the banks from collapse because their balance sheets had shrunk with subsequent cash flow problems. The CBN governor said the banks needed fresh funds because of their huge exposure to the capital market and huge non-performing loans that contributed to the liquidity problems in the affected banks.

The issue of margin loans played a big part as bank mangers under-estimated market risk-the risk thathe value of the shares used as collateral for the margin lending could crash. To what extent was greed responsible for the under-estimation of market risk?

As events unfold, more information is expected to emerge on the role that regulatory laxity, greed and avarice played in bringing the careers of the five bank chiefs to a dramatic end.

For example, as Dr. Ayo Teriba, CEO of Economics Associates, recently told THISDAY, Nigeria's deposit money banks (DPMBs) in the post-consolidation era have become financial supermarkets that still talk to regulators who only see a small fraction of what is going on in the enlarged organisations.

“It did not matter much when the stock market was bullish, oil prices were high and rising, external reserves were building up and inflation rate was single digit but it mattered a lot on the downside,” Teriba explained.

“If we had consolidated the regulatory process, more information would have been shared among regulators to the benefit of the entire economy,” Teriba emphasised. CBN governor Sanusi Lamido Sanusi confirmed this in his recent interview with the Board of Editors of THISDAY. He acknowledged the need for more information sharing among financial services industry regulators than is happening right now.

Another point worth noting is that towards the end of the Soludo era at the apex bank, the regulator got too close to some banks for comfort. “The damage that did to credibility was enormous because at a point it became difficult to ascertain what was happening between the banks and the CBN,” Teriba observed adding that at a stage one was not sure of what was being covered up.

Way Forward
The echoes of distress that now pervade our landscape are the consequences of allowing a distorted macroeconomic environment which encourages trading in money as opposed to lending for production in agriculture and manufacturing to emerge. "In other words, our banking system must be totally committed to the creation of a favourable socio-economic environment for real productive investment and not for speculation", to quote Professor Adedeji.