Gov. Obi is a democrat per Excellence – Rear Admiral Orie 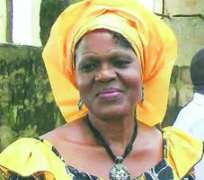 Rear Admiral Orie said the government had done a lot in carry everybody along by encouraging stakeholders to key into government policies and programmes.

He charged all stakeholders to reciprocate the gesture by participating actively and making input that will enable government achieve its vision and collative interest of the State.

The Commissioner for Economic Planning and Budget, Professor Chinyere Okunna observed that with the present tempo of infrastructural development in all sectors and skillful management of resources by Governor Obi the State is on course to become one of the most vibrant economies in the country. She said the Governor had created enabling environment that attracted investors from all parts of the country, while multi-billion naira industries were springing up at the Industrial Habour and other parts of the State creating more job opportunities for the youth.

The Commissioner who disclosed that almost all donor agencies and Development Partners have visible presence in the State said the government was adopting strategic plans in fighting poverty and hunger while rural communities had been opened to give them access to the outside world.

In his presentation, the Commissioner for Agriculture, Mr. Ndubuisi Menakaya said the State Government was working relentlessly to empower youths through Agriculture as part of measure to improve internal security while processing and storage facilities are being improved to ensure rice and other farm produce meet international standard.

Also speaking, the Special Adviser to the Governor on Chieftaincy and Town Union Matters, Chief Godfrey Moutolu said the tour enabled the participant to appreciate the high level of development recorded in various sectors.